E.F. Schumacher speaks with Rev. Bobby Mills and others on ecology and economics - Panel 3/19/1977 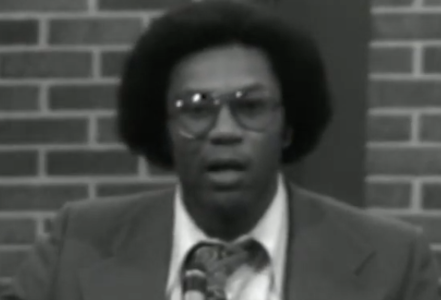 Economist E.F. Schumacher lectured on Appropriate Technology at the Great Circle Center, University of Illinois, Chicago, in March, 1977. Schumacher advocated for the idea that ‘small is beautiful’, i.e., technology should be smaller-scale and economic provision more locally-oriented. He was joined in this evening panel discussion by Rev. Bobby Mills, Anthony Maggiori of the National Center Appropriate Technology, designer Ken Isaacs, Carl Shier of United Auto Workers, and Harvey Lion.

Many of Schumacher’s ideas about economic and ecological sustainability were informed by concerns around « peak oil » around the 1970s, when many in the industrialized world realized fossil fuels were finite and could run out in several years. While Schumacher’s confidence that « peak oil » was so close at hand has been disproved by history, global warming and climate change now bring new relevance to many of E.F. Schumacher’s alternative economic ideas.