Capital and the Debt Trap: Learning from Cooperatives in the Global Crisis 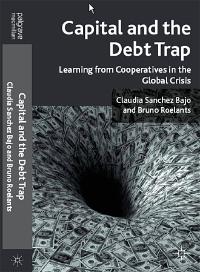 In every financial crisis there is also financial opportunity. What economists have known from the days of 19th Century ‘Boom & Bust’ cycles, through the 20th Century ‘Great Depression’ driven reforms, down to the economic disasters (both foreign and domestic) of the present day, is that debt can be a useful tool to regulate the economic system, bringing order and stability out of chaos and volatility. That is the central message of “Capital And The Debt Trap: Learning From Cooperatives In The Global Crisis”, a 288-page compendium by the team of Claudia Sanchez Bajo and Bruno Roelants in which the authors draw upon four ‘real world’ case studies of how cooperatives have been able to generate wealth despite significant regional and global financial disruptions. Of special note is the concluding chapter ‘The Global Crisis: Mother of All Warnings”. Informed, analytical, and informative, “Capital And The Debt Trap” will prove to be thoughtful, thought-provoking, and usefully instructive, making it especially recommended for professional, governmental, and academic library Economic Studies reference collections and supplemental reading lists.”