Doughnut Economics : Seven Ways to Think Like a 21st-Century Economist 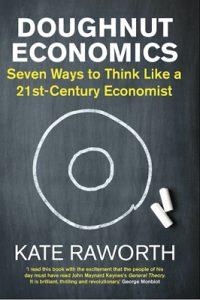 Extreme inequalities in wealth. Relentless pressure on the environment. Anyone can see that our economic system is broken. But can it be fixed?In Doughnut Economics, Oxford academic Kate Raworth identifies the seven critical ways in which mainstream economics has led us astray - from selling us the myth of ‘rational economic man’ to obsessing over growth at all costs - and offers instead an alternative roadmap for bringing humanity into a sweet spot that meets the needs of all within the means of the planet.