REScoops: what they are and their relevance in the current context 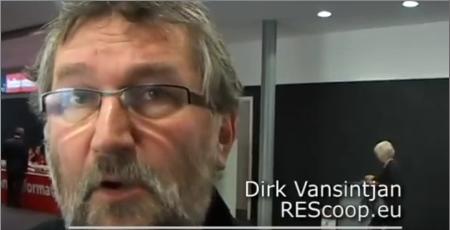 « Citizens’ initiatives, renewable energy, people coming together, community, democracy, alternative energy market, local movement … » These are words used by people directly involved in the REScoop 20-20-20 project to define what is a REScoop and what are its important features. And they go further in this short video by highlighting the reasons why REScoops are relevant and absolutely needed in the current economic, ecological and social context. In short, it’s about making people actors of the renewable energy sector. People to the power!

This video was shot during the Cooperatives United held in Manchester on October 2012.