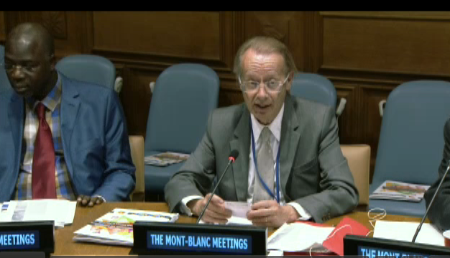 Event co-organized by the Permanent Mission of France and The Mont-Blanc Meetings – International Forum of the Social and Solidarity Economy Entrepreneurs.

The Leading Group on Social and Solidarity Economy (SSE) was created in 2013 with the aim to promote the SSE in the world making this form of collective entrepreneurship and economic relations accessible to all people and to increase the recognition of this economic model in innovative development policy debates and practices. The leading group of the SSE is currently composed of 6 States (Colombia, Ecuador, France, Luxembourg, Morocco, and Québec as non-member observer), 20 UN agencies gathered in the UN Inter-Agency Task Force on SSE as well as Civil Society Organizations (MBM, ICA, FMDV, AIMF…).

The meeting is about the implementation of public policies for the social and solidarity economy and the promotion and support of SSE enterprises in the world.